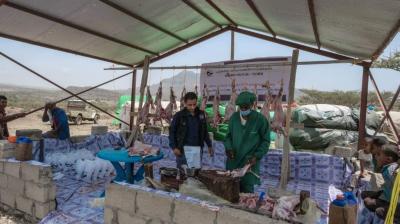 Governorate as part of its Eid Ul Adha campaign 1440. The total number of the sacrificial animals (Qurbani) that were delivered reached 161 cattle, including 45 cows and 116 sheep.
The project has targeted IDPs and the most vulnerable people in one of the most difficult accessible areas which is near to the frontlines of the ongoing war.
The Qurbani project focused particularly on the IPDs who displaced from the Western Coast of the Red Sea to Taiz Governorate whose military clashes forced them to leave their homes, animals and lands behind. Islamic Help also distributed Eid gifts and toys for the children of IDPs camps to make them happy and mitigate the psychological impact of the displacement.
Upon completion of the project, Country Director of Islamic Help UK; Dr. Jamal Al-Haddi thanked all donors (UK Islamic Mission, Global Ehsan Relief, Almanar Trust NZ and Panama Islamic Community), for their generous support and tremendous efforts to make Eid day a special day in the lives of those less privileged. And extending its wishes for the occasion of Eid Al Adha. 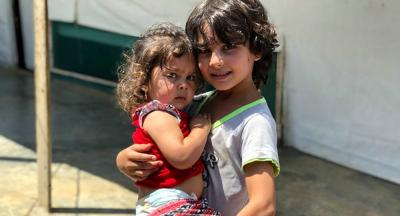